“To know life you’ve got to be part of life,” L. Ron Hubbard wrote, “you must get down there and look, you must get into the nooks and crannies of existence, and you must rub elbows with all kinds and types of men before you can finally establish what man is.”

He did exactly that. From the open ranges of his home state of Montana to the hills of China, from the frigid coast of Alaska to the jungles of South Pacific islands, whether working with men on explorations or teaching inexperienced naval crews to survive the ravages of a world war, L. Ron Hubbard truly learned what Man and life are all about.

Armed with a keen intellect, boundless energy, limitless curiosity and a unique approach to philosophy and science which emphasized workability and practicality over all else, Ron embarked upon his study of life and its mysteries while still in his teens.

Traveling extensively throughout Asia and the Pacific, he studied the wisdom of Far Eastern philosophies yet observed widespread suffering and poverty. If there was such profound wisdom in the East then why all this, he asked.

After returning to the United States in 1929, Ron pursued the study of mathematics and engineering, enrolling at George Washington University. He was a member of one of the first American classes on nuclear physics and conducted his first experiments dealing with the mind while at the university. He found that despite all of Mankind’s advances in the physical sciences, a workable technology of the mind and life had never been developed. The mental “technologies” which did exist, psychology and psychiatry, were actually barbaric, false subjects—no more workable than the methods of jungle witch doctors.

Ron set out to find the basic principle of existence—a principle which would lead to the unification of knowledge and that would explain the meaning of existence itself—something other philosophers had attempted but never found. 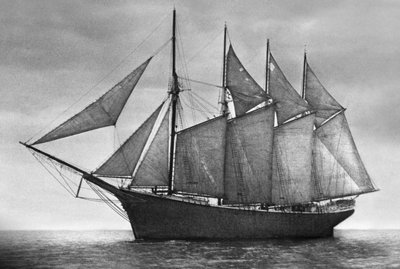 To accomplish this, he began to study Man in many different settings and cultures. In the summer of 1932, upon leaving the university, he embarked upon a series of expeditions. The first expedition took him to the Caribbean where he examined the primitive villagers of Martinique. Returning to the West Indies a few months later, he studied cultures of other islands, including Haiti and their esoteric beliefs in voodoo; and later he observed the beliefs of the Puerto Rican hill people.

After his return to the United States, Ron began to substantiate the basis of a theory, and in 1937, he conducted a series of biological experiments that led to a breakthrough discovery which isolated the dynamic principle of existence—the common denominator of all

With these discoveries now in hand, through the first weeks of 1938 Ron wrote his findings in a philosophic work entitled “Excalibur.” Upon completion of this historical manuscript he allowed others to review the work. The response was dramatic, and more than a few publishers eagerly sought it. But even as the offers arrived, he knew that he could not publish the book as it did not contain a practical therapy. That is not to imply that the discoveries in “Excalibur” were not later used, as all of its basics have been released in other books or materials by Ron. 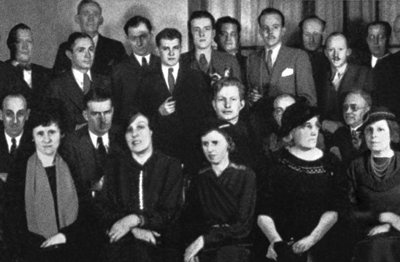 Much of his research was financed by his professional literary career as a fiction writer. He became one of the most highly demanded authors in the golden age of popular adventure and science fiction writing during the 1930s and 1940s—interrupted only by active service in the US Navy during World War II. Partially disabled at war’s end, in the spring of 1945 he resumed his work in earnest at Oak Knoll Naval Hospital in Oakland, California, where he was recovering from injuries.

Among the 5,000 naval and Marine Corps patients at Oak Knoll were hundreds of former American prisoners of war liberated from Japanese camps on South Pacific islands. He noticed that the medical staff at the naval hospital were engaged in trying to do something for the ex-POWs who were in terrible physical condition from starvation and other causes.

In an attempt to alleviate at least some of the suffering, Ron applied what he had learned from his researches. He made further breakthroughs and developed techniques, which made possible not only his own recovery from injury, but helped other servicemen to regain their health.

During the years that followed, he spent thousands of hours codifying the first-ever workable technology of the mind. Ron had been steadily accumulating notes on his research, in preparation for a book on the subject. To further verify his theories, he set up an office in Hollywood, California, where he could work with people from all walks of life. It wasn’t long before he was inundated with a wide variety of people, eager for his help.

By late 1947, he wrote a manuscript outlining his discoveries of the mind. It was not published at that time, but circulated amongst Ron’s friends, who copied it and passed it on to others. (This manuscript was formally published in 1951 and is today titled Dianetics: The Original Thesis.)

In 1948, he spent several months helping deeply disturbed inmates in a Savannah, Georgia, mental hospital. “I worked with some of these,” he recalled, “interviewing and helping out as what they call a lay practitioner, which means a volunteer. This gave me some insight into the social problems of insanity and gave me further data in my own researches.” It also restored sanity to a score of previously hopeless cases and once again proved that his discoveries were applicable to all, no matter how badly off they were.

As word of Ron’s research spread, a steadily increasing flood of letters asked for further information and requested that he detail more applications of his discoveries. To answer all these inquiries he decided to write and publish a comprehensive text on the subject—Dianetics: The Modern Science of Mental Health. With the release of Dianetics on May 9, 1950, a complete handbook for the application of his new technology was broadly available for the first time. Public interest spread like wildfire and the book shot to the top of The New York Times bestseller list, remaining there week after week.

Following the release of this phenomenal bestseller, Ron’s time became less his own as he was called upon to give demonstrations and provide more information about Dianetics. He launched into further research, keeping the public informed of his latest breakthroughs with lectures and a flood of published bulletins, magazines and books.

As 1950 drew to a close, and in spite of growing demands on his time by tens of thousands of Dianetics readers, he intensified research into the true identity of “life energy,” which in Dianetics he called the “center of awareness,” or the “I.”

“The basic discovery of Dianetics was the exact anatomy of the human mind,” he wrote. “The aberrative power of engrams was discovered. Procedures were developed for erasing them. The amount of benefit to be gained from running half a dozen engrams exceeded anything that Man had ever been able to do for anybody in the history of the human race.

“It was coating a thetan. A thetan is the person himself—not his body or his name, the physical universe, his mind, or anything else; that which is aware of being aware; the identity which IS the individual. The thetan is most familiar to one and all as you.”

These discoveries formed the basis of the applied religious philosophy of Scientology, the study of the spirit in relationship to itself, universes and other life. Through the application of Scientology technology, desirable changes in the conditions of life can be brought about. It incorporates Dianetics, a vital and basic branch of Scientology, and encompasses techniques which raise personal ability and awareness to heights not previously thought attainable.

It was Ron’s lifelong purpose to complete his research into the riddle of Man and develop a technology that would bring him up to higher levels of understanding, ability and freedom—a goal which he fully achieved in the development of Dianetics and Scientology. Ron always considered it was not enough that he alone should benefit from the results of his research. He took great care to record every detail of his discoveries so that others could share the wealth of knowledge and wisdom to improve their lives.

“I like to help others,” he said, “and count it as my greatest pleasure in life to see a person free himself of the shadows which darken his days.

“These shadows look so thick to him and weigh him down so that when he finds they are shadows and that he can see through them, walk through them and be again in the sun, he is enormously delighted. And I am afraid I am just as delighted as he is.”

His works on the subject of Man, the mind and spirit alone, comprise tens of millions of published words recorded in volumes of books, manuscripts and over 3,000 taped lectures and briefings.

Today, his works are studied and applied daily in over a thousand Dianetics centers, Scientology churches, missions and organizations around the world.

L. Ron Hubbard departed his body on January 24, 1986. His legacy is the fully completed research and codification of Dianetics and Scientology technology. The greatest testimonies to Ron’s vision are the miracle results of his technology and the millions of friends around the world who carry his legacy forward into the 21st century. Both continue to grow in number with each passing day.

Order the Book That Started It All

Order the book that started it all—Dianetics: The Modern Science of Mental Health. The explosive #1 New York Times bestseller contains all of the advanced techniques you need to apply Dianetics. Learn the procedure step by step and find out how your mind works and how to make it work for you.

Do you want to accelerate your speed to Clear? The absolute best way to immerse yourself in the Dianetics process is to attend a weekend Dianetics Seminar. This two-day seminar is the quickest, most effective way to master and apply the techniques of Dianetics toward the ultimate goal—the state of Clear.